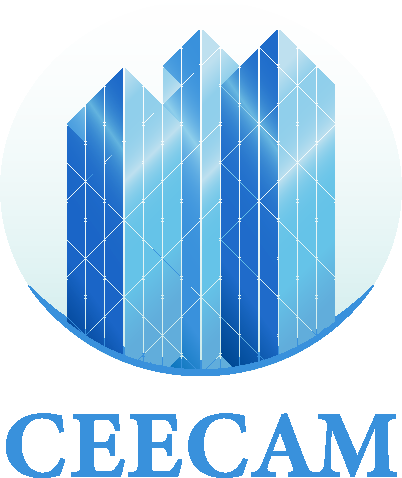 Biography: Dr. Danhui Dan is a professor of the Department of Bridge Engineering at Tongji University. Dr. Dan’s research focuses on the structural health monitoring (SHM) and life-cycle maintenance of bridges. His main research interests include designing the bridge SHM system, general theory of intelligent SHM, complex cable structural dynamics, and evaluation and diagnosis of the existing structures. He has served as the Principle Investigator and Co-Principal Investigator for thirty-one projects funded by the National Natural Science Foundation of China(NSFC) and other regional institutions. As the director or main technical backbone, Dr. Dan also participated in the studying and designing of more than 40 bridge SHM systems, including the Donghai bridge SHM system. He has published over 180 peer-reviewed technical papers, including 72 SCI papers with first-author and communication-author and 68 EI papers. One of his publications was recognized as both the ESI highly-cited(1%) and ESI hot(0.1%) paper, and one was reported by Advances In Engineering(AIE) as excellent scientific research. Dr. Dan has been awarded 12 utility patents and 5 computer software copyrights by the Copyright Protection Center of China(CPCC). He is also the only author of the book Intelligent Monitoring of Bridge Engineering Structure: Theory and Practice (in Chinese), and the 1st author of book Complex cable structure dynamics and its intelligent monitoring (in Chinese). He is the main contributor to the Specification for Bridge Structural Monitoring System in Shanghai, China.

Biography: Bored in 1977, Inner Mongolia, China, J.W. Zhang received his BA, MA at the Taiyuan University of Technology in 2001 and 2004, and PhD at China University of Mining and Technology (Beijing) (CUMTB) in 2013. He is concurrently a member of the 8th Council of the Youth Committee of the Chinese Society of Rock Mechanics and Engineering, and a member of the Coal Mine System Engineering Committee of China Coal Society. He has been engaged in research on deep coal mining, mine pressure and ground control, Roadway supporting. He has published more than 60 refereed journal papers including more than 30 papers indexed in SCI or EI.

Title: Mechanical Principle and Technology of the Pressure Relieving Engineering

Abstract: Due to the influence of deep complex environment, it is subject to many disasters during the deep mining process, such as rock burst, large deformation of roadway, coal and gas outburst and son on. Subsequently, there are many scientific problems to be solved during the deep mining process. Therefore, the "deep pressure relieving mining and the stability control of deep surrounding rocks" is selected as the research direction. Meanwhile, the main research line of "principle, technology and control measures of pressure relief" is determined. Subsequently, a new idea of deep "three stages" loading and unloading test with initial high in-situ stress recovery is first proposed. And the phenomenon of "platform" and volume recovery is discovered, which reveals the mechanical principle of deep pressure relief mining from the perspective in laboratory. Then, the ternary structure system of negative coal pillar is first proposed, and the pressure relief mining technology of negative coal pillar is established. Following that, the mechanism of split-layer roadway pressure in the caved zone of overlying strata is revealed, and the classical principle of roadway maintenance is developed. Finally, the far-field supporting technology of "pre-compaction arch in shallow fractured surrounding rocks + deep collaborative bearing" and the near-field supporting technology of " grouting in shallow fractured surrounding rocks + anchor-joint bearing in side roof and gangue roof grouting to form artificial false roof" are preliminarily established in the pressure relief space. The research achievements have been popularized and applied in multiple mining areas in China, which increases the average annual output of raw coal by about 650,000 tons/mine and annual income by about 520 million yuan/mine. Besides, relevant corresponding reports can be also seen in Science and Technology Daily, People's Daily Online, Ifeng.com and other media. 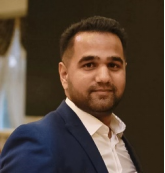 Biography: Dr Ankit Garg is currently Associate Professor at Department of Civil and Environmental Engineering, Shantou University. He obtained his PhD from Hong Kong University of science and technology under Hong Kong PhD Fellowship Scheme and B.Tech from IIT Guwahati (2006-2010). He was former Assistant Professor at IIT, Guwahati (2015-2017) and also part time World Bank Consultant (2016-2017) for monitoring transport infrastructure projects in Assam, India. He is also former foreign specialist at Eurasian National University. His research focus on development and utilization of sustainable materials (biochar, fiber) including vegetation for soil remediation. He has published 3 ESI papers among which two papers are in top 0.1%. He is also awarded “Telford Premium prize” from British Civil Engineers Association for his publication in Geotechnique letters, ICE. He is also currently Guest Editor for Special Issues related to Bio-engineering applications in soil and water remediation in “Journal of Hazardous Toxic and Radioactive Waste, ASCE”, International Journal of Damage Mechanics (SCI Journal), and International Journal of Geosynthetics and Ground Engineering, Springer (Web of Science). Besides, he was awarded Talented Youth Scientist Program, Young Doctor Award from Ministry of Education Guangdong, and International Scientist Exchange Program. He is also selected as Shantou High Level Talent by Ministry of Human Resource and Social Security Beaureu, Shantou. Further, he currently presides over National Natural Science Foundation of China (NSFC) Youth Project on “Vegetation for soil remediation”. He has also presided over Fast Track Young Scientist Project (2016-2017) from SERB India during his tenure at IIT Guwahati. He has been invited to give lectures at Gifu University in Japan, Ruhr University in Germany and University of Leeds, UK. He holds Associate Editor position at Acta Geophysica, Springer (SCI) and also Journal of Intelligent and Fuzzy systems (SCI).

Abstract: Biochar has been utilized in agricultural soil for improving plant productivity. However, its usage in green infrastructure (green roof, green Slopes, landfill bio-covers) is rare. Soils in green infrastructure are highly compacted and lack nutrients as compared to that in loose agricultural soil. As far as authors are aware, there is no preliminary design guidelines that prescribes use of biochar in green infrastructure. Feedstock type (animal waste or plant waste) as well as production process of biochar (i.e., pyrolysis temperature) plays an important role in conditioning its physical and chemical properties. Hence, there is a need to understand the development of suitable biochar and also fundamental processes involved in soil-biochar-water-root-microbial-atmospheric interaction.

In this session, firstly, development of novel biochars from both animal and plant waste will be demonstrated. This will be followed a series of experimental studies using newly designed in-house gas permeability set up to demonstrate the effects of plant and animal based biochars on soil water retention, gas flow and cracking. Mechanism involved in soil-biochar interaction will be discussed with respect to physical and chemical properties of newly produced biochars (animal waste, plant waste and pyrolysis temperature).

In addition to above study, an attempt for development for an improved intelligent irrigation system as well as APP (for estimating soil moisture using reflection theory) based on unsaturated soil mechanics will be also shown as part of future research.